The herb commonly used as a culinary product to flavour meat dishes and pasta. Called common origanum or wild marjoram. It is a multi-annual crop, with bushy perennials. Who would have thought that it is such a rich combination of active ingredients? Oregano constitutes one of the most effective natural antiseptics. It is a strong ant-inflammatory medication and its painkilling effect is comparable to the potential of morphine.
It was used for medication already by the ancient Greeks and Roman. Its name originated from the Greek words ‘oros’ and ‘ganos’ meaning “the joy of the mountain”.

What does oregano oil contain?

That is why, oregano oil is an effective weapon in the fight against:

Additionally, oregano oil constitutes a rich source of antioxidants (> 75 mmol / 100 g) such as:

Oregano oil turns out to be very effective in combating many serious illnesses, including, among others:

There is a simply way to make your own oregano oil!

1. Insert oregano in the jar; subsequently pour it over with sunflower oil.
2. Place the jar in the pot with water. Bring water slowly to a boil, and then switch off the heat source.
3. Leave the jar with oregano and oil in hot water for approximately 10 min, then remove the jar from the pot and place it in a sunny location for 2 weeks.
4. Shake the content of the jar every couple of days.
5. After 2 weeks you may remove leaves and pour the oil into the bottle. Store the bottle in a dry and cold place. 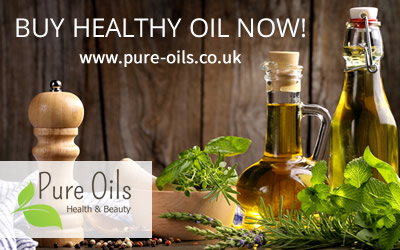